New Jersey served as a gateway for escaped slaves from the South.  Runaway slaves crossed the Delaware River to reach Underground Railroad (UGRR) stations in Pennsylvania (Philadelphia), New York (New York City) and Canada (Toronto).  Many runaways stayed in New Jersey’s numerous all-black communities that served as UGRR sanctuaries, such as Burlington County’s Timbuctoo.  Burlington County, New Jersey was of particular significance to the UGRR and the abolitionist movement because it served as a hub for UGRR activities.  It was the birthplace of John Woolman, a Quaker abolitionist whose writings helped to turn Quakers against slavery in the early 1800s.  It was also the birthplace of black abolitionist, William Still (Father of the Underground Railroad.) who operated in Philadelphia.  The state of New Jersey is of great significance to the UGRR movement because of its large number of all-black communities that served as UGRR sanctuaries for escaped slaves. 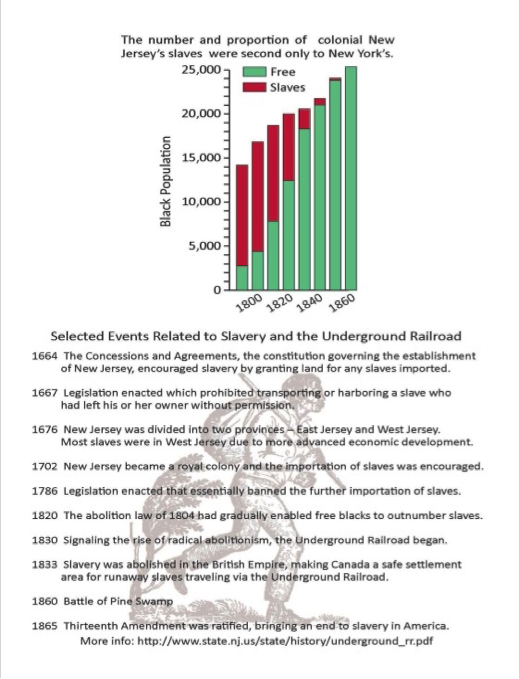 See: “Steal Away, Steal Away... ” A Guide to the Underground Railroad in New Jersey (New Jersey Historical Commission) 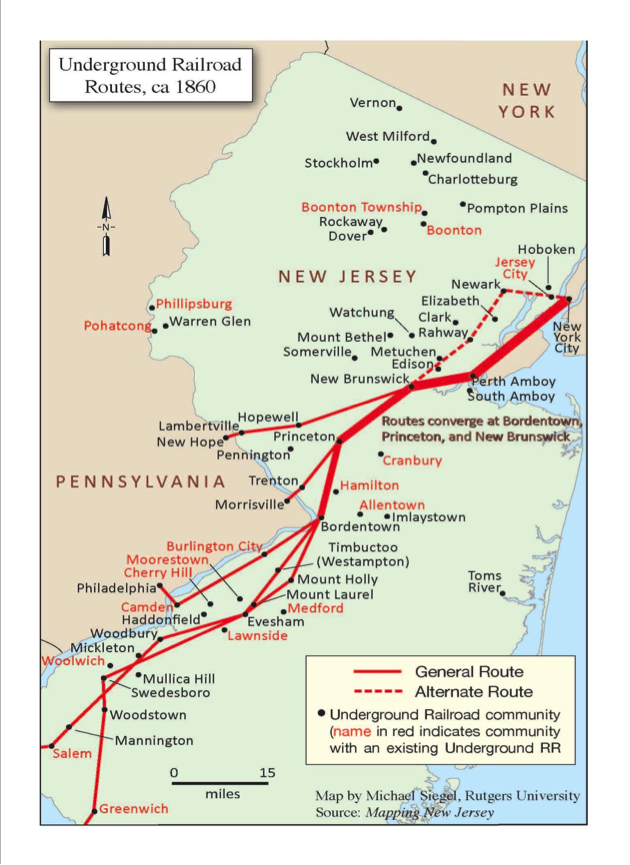