Located in Westampton Township, Burlington County, Timbuctoo was settled by former slaves and free Blacks, beginning in 1826, with the help of local Quakers. Quakers supported Timbuctoo’s development by selling land at reasonable prices, providing employment, and in some cases, even mortgages subsequent to land purchases.   It was one of a number of African American settlements in southern New Jersey that were associated with the anti-slavery movement. At its peak in the mid-nineteenth century, it had more than 125 residents, a school, a church, and a cemetery.  Quaker influence was strong in Burlington County, which had also been the home of John Woolman, arguably the most prominent Quaker abolitionist of the eighteenth century.

The settlers in Timbuctoo were very involved in the Underground Railroad and the settlement was an important ‘station’.  At present, the only visible remnant of Timbuctoo's past is the cemetery, which includes graves of Black Civil War veterans. Today's Timbuctoo residents include some descendants of early settlers. 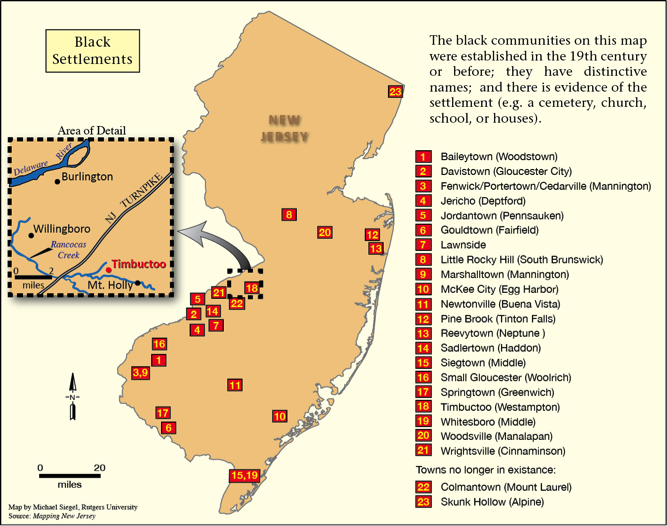