Contact This email address is being protected from spambots. You need JavaScript enabled to view it.

Timbuktu has recently become synonymous with a very specific type of heritage—the pre-colonial written tradition in Sub-Saharan Africa associated with the manuscript legacy of Muslim West Africa—although an older association of the city as an impossible-to-reach, almost mythical location still lingers in the popular imagination. In the last decades, the African Arabic written legacy of West Africa has popularly become known in public discourse as the ‘Timbuktu archive,’ whether as a source for the history of the region in the pre-colonial and colonial periods or whether contemplated as a heritage phenomenon in the present. At the Manuscripts Project, manuscripts have been researched for almost two decades, with collaborations with local researchers, custodians and librarians in Mali and elsewhere in Muslim Africa.

Dr. Molins Lliteras will present some of this work, including an overview of her project on the Fondo Kati, a family collection that has deliberately positioned itself apart from other libraries in Timbuktu. In first place, it claims a unique genealogical heritage linked to medieval al-Andalus and by extension modern-day Spain. Secondly, it ascribes a central role, and importance, to the marginalia of the collection—as opposed to the main texts of the manuscripts themselves. 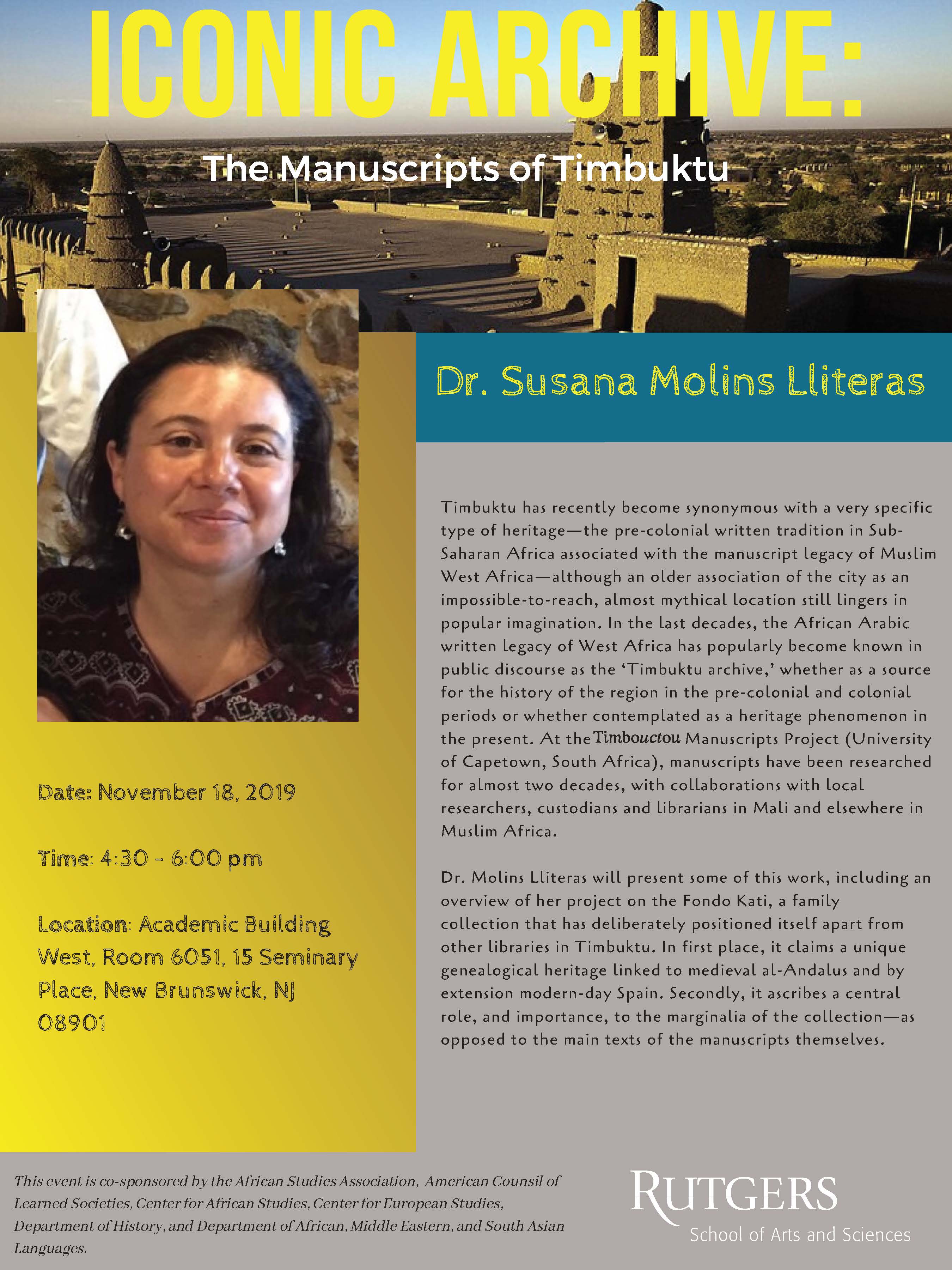